The world is facing multiple crises all at once. The effects of the pandemic, catastrophic debt, the climate emergency, growing food and fuel shortages, and now the impact of the Ukraine war.

What we need is an international development finance system that’s up to the job of tackling these issues. Instead, what we’ve got are standardised and slow-moving models that just aren’t up to scratch, according to a group of more than 60 development and private finance leaders who met to explore opportunities for scaling development finance.

Meeting in Washington, DC, during the Annual Spring Meetings of the International Monetary Fund and World Bank Group, they concluded that urgent and innovative action is needed.

They called for a dramatic overhaul of the current setup that has to include interventions such as the International Finance Facility (IFF) approach.

“The development finance system, both public and private, needs to rise to meet the needs of the developing world, especially in the face of the destructive consequences of a warming planet,” said one of the group’s chairs, Gordon Brown – the United Nations Special Envoy for Global Education and World Health Organization Ambassador for Global Health Financing.

The expert group called for G7 and G20 leaders to “immediately embrace” three financing interventions as a first instalment of the comprehensive reform. It said these should be introduced urgently to deliver meaningful resources to the most vulnerable countries.

The interventions include adopting the use of guarantees and other innovative instruments, such as the International Finance Facility. The IFF mechanism is already being developed for education and climate investments.

UN Secretary-General António Guterres has called for the International Finance Facility for Education (IFFEd) to be operating by the time of the Transforming Education Summit in September. IFFEd will help to transform education for 700 million children and youth in lower-middle-income countries.

The IFF model harnesses the power of multilateral development banks to mobilise additional financing in capital markets and implement programs. It can multiply traditional aid several times over and increase existing investments from banks.

The group of leaders’ statement concluded that it is “vital that the G7 and G20 implement achievable development finance solutions to pool the public and private capital required to meet today’s global crises.”

Rockefeller Foundation President Rajiv Shah added: “The gap between global development funding needs and the resources that are currently available are staggering. The Rockefeller Foundation believes that innovative finance solutions are necessary to address pressing global challenges. Education has continually been under-resourced and the International Finance Facility for Education has a tremendous opportunity to not only bridge a failure in the current financial architecture, but unlock hope and opportunity for millions of young people across the globe.” 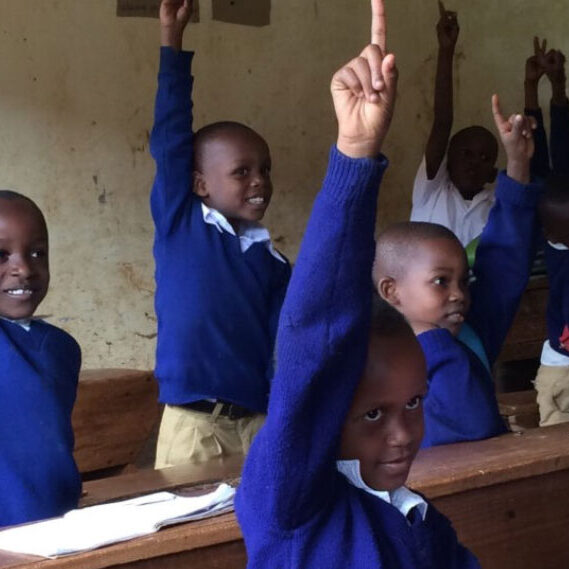 Half of the world’s children live in countries…